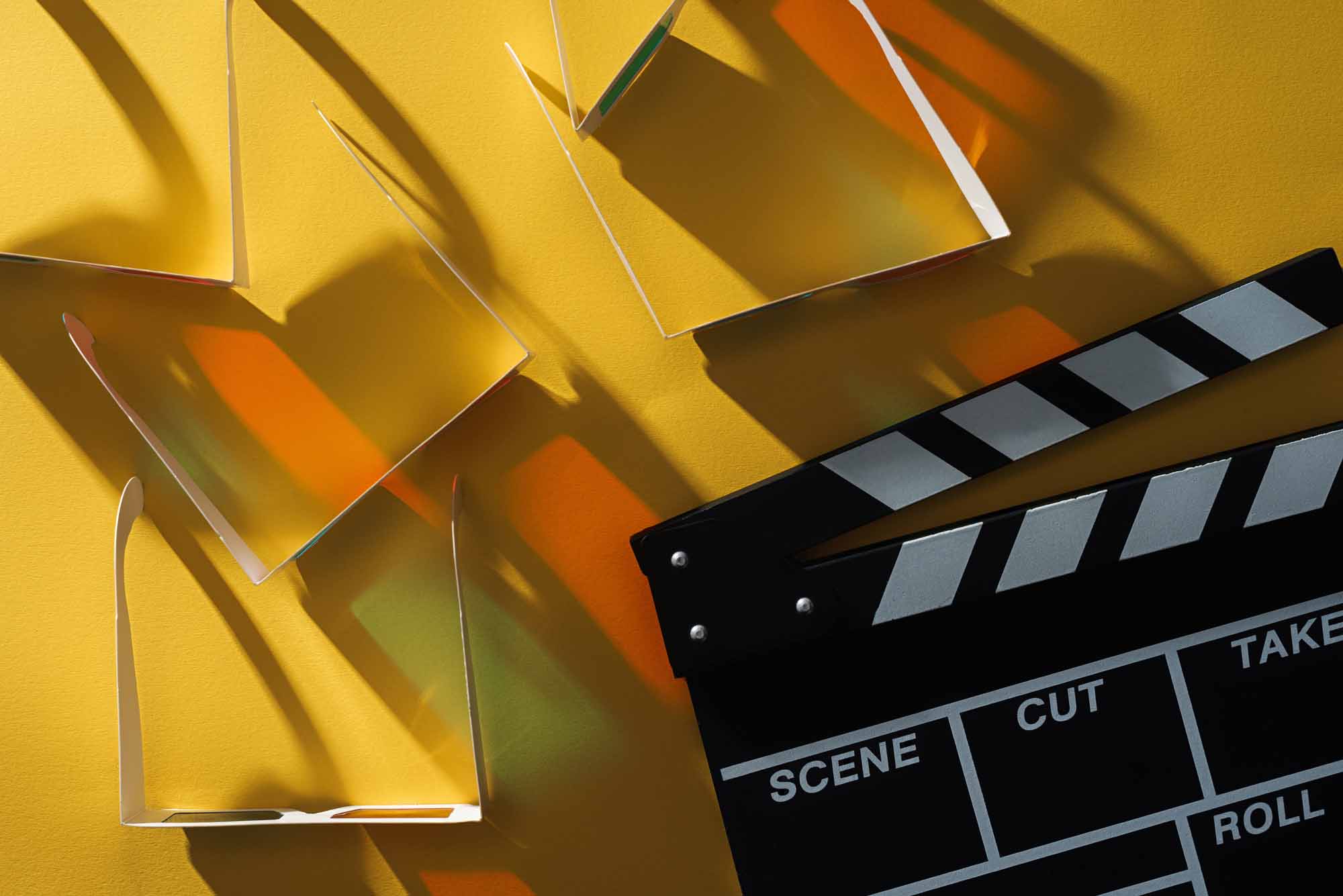 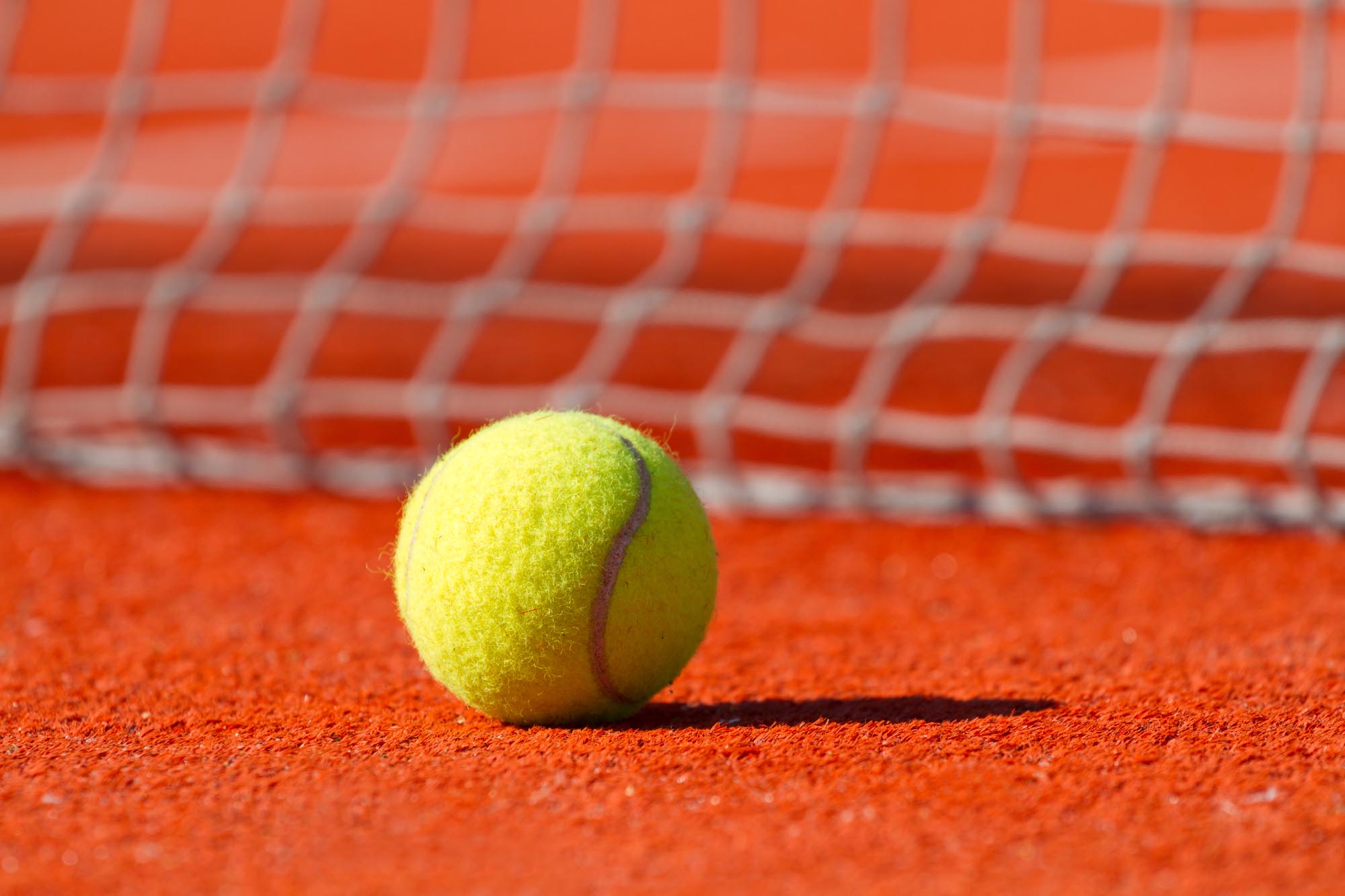 The Kremlin Cup was founded in 1990 by Swiss businessman Sasson Khakshouri. The first Russian professional tennis tournament became one of the symbols of new rapidly changing Russia. The first six seasons the men’s competition only was held. Since 1996 the Kremlin Cup was united with the Moscow Ladies Open established in 1989. Since 2000 the both tournaments are held not only with one brand but also within the same dates. The first president of post-communist Russia Boris Yeltsin was great fan of tennis and the Kremlin Cup always had all necessary support of Moscow and federal authorities. Organization of the Kremlin Cup men’s tournament was three times considered by ATP the best among its competitions (1993, 1994, 1996). Traditionally the Kremlin Cup is held in November at the Olympic Stadium. Since mid-2000s the tournament is held on a RuKortHard surface. 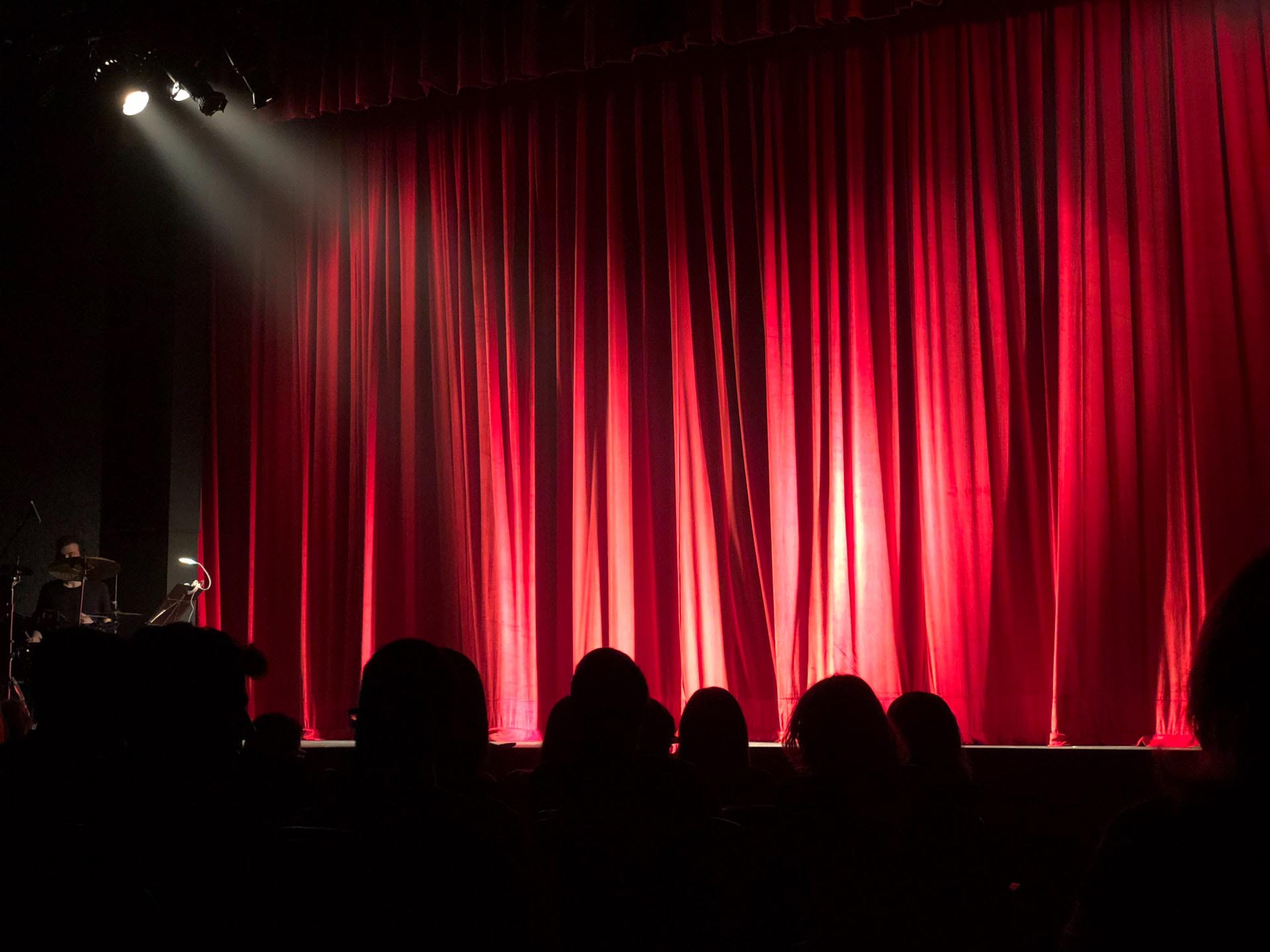 Every year ice hockey tournament was held n Moscow for the first time in 1967 as Tournament for the celebration of the 50th anniversary of the Great October Socialist Revolution. During very long period since 1969 to 1996 it was known as the Izvestia Trophy. National teams of Sweden, Finland, Czechoslovakia (then Czech Rep.), Canada and the USSR (then Russia) always take part in this Christmas tournament. The tournament became very popular event in 1970s-1980s when it was considered by fans and specialists the Little World Championship. In 1996 the tournament became a part of Euro Hockey Tour. Since 2006 it is under the auspices of TV Chanel One. Presently the Chanel One Cup is held at the VTB Ice Palace (the Legends Arena) built in 2015 at the grounds of former ZIL plant. 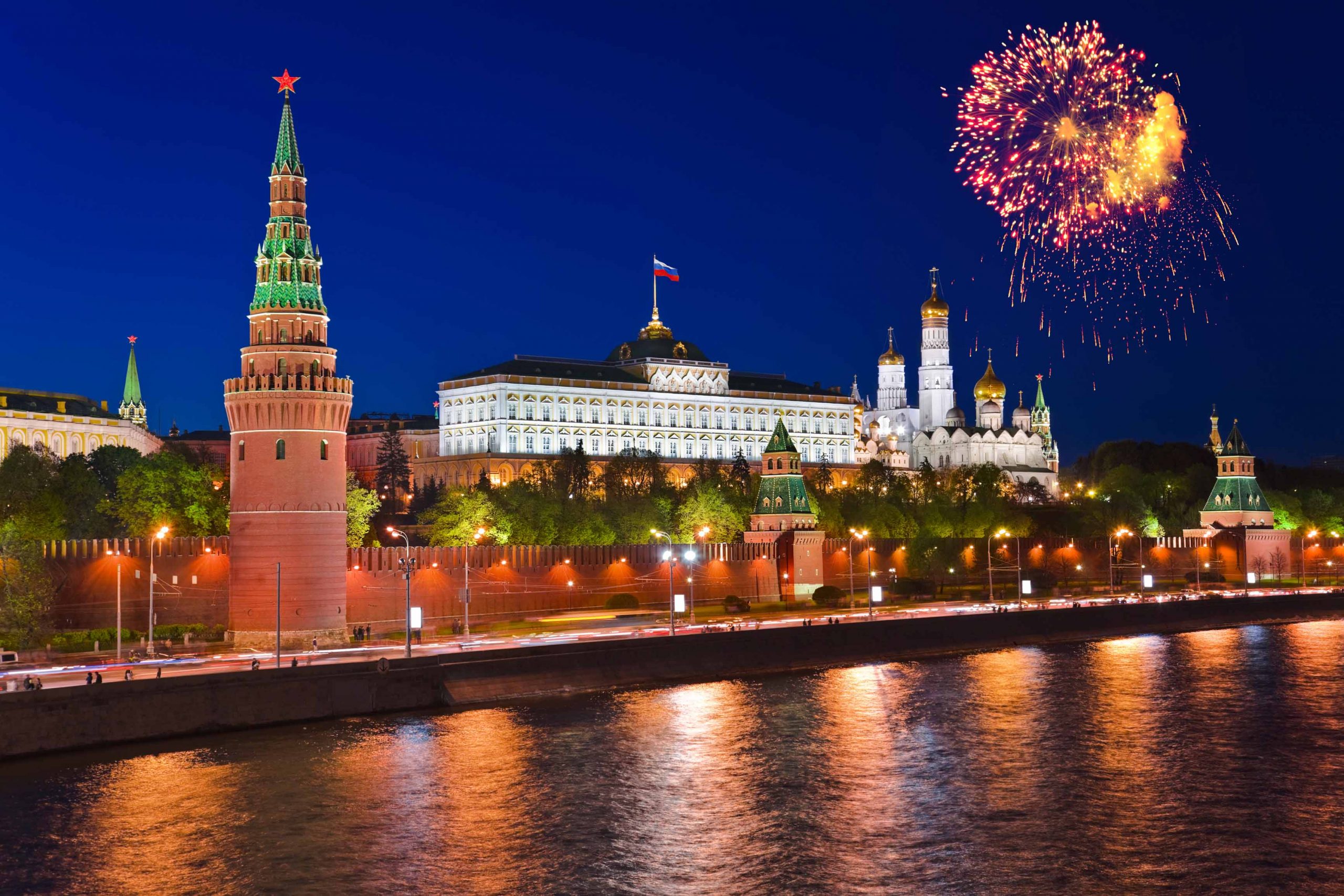 Moscow City Day is annually celebrated on the first or the second Saturday of September. For the first time regular celebration of Moscow City Day in early September was initiated in 1986 by Boris Yeltsin who headed Moscow CPSU Committee that time. Formerly 700th anniversary of the first referring to Moscow was celebrated quite modestly in 1847 and grandiose celebration of the 800th anniversary with gigantic portraits of Bolshevik’s leaders hanged throughout the city and evening illumination and firework was held in 1947 accordingly to Stalin’s decree. Presently folk festivals, parades and concerts are held on this day. On these days central streets are crowned with people, popular singers and dancers present their performance, numerous shows are held. Traditionally the major celebrations are arranged in the Tverskaya Street, the Red Square, the Vasilyevsky Spusk, the Poklonnaya Hill and the Sparrow Hills. The City Day celebration are traditionally ended with firework. This festival every year attracts many guests from the vicinities of Moscow and from abroad. 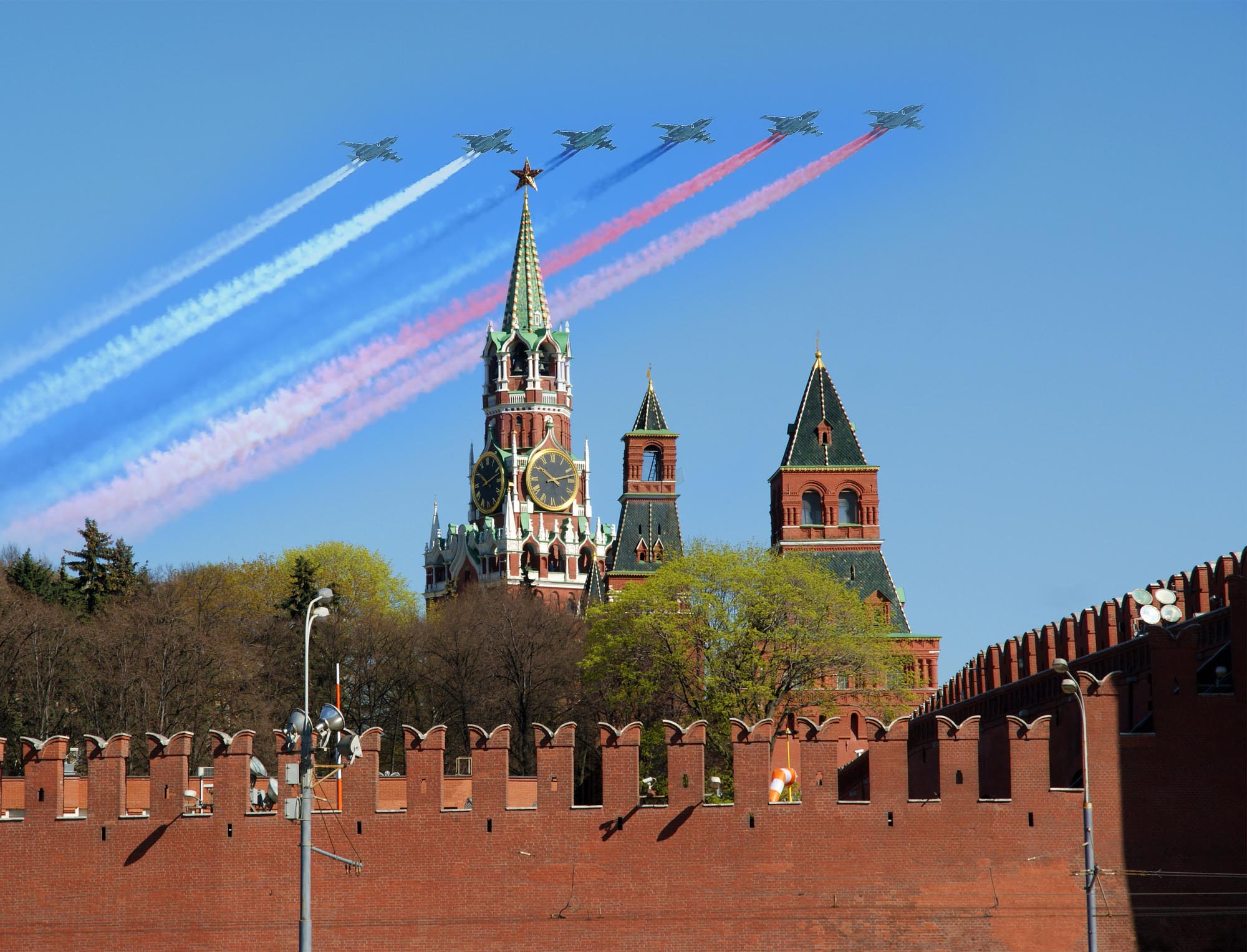 Yearly on 09 of May the Russians celebrate victory over Nazi Germany in the Great Patriotic War. The major celebrations take place on this day in Moscow. The celebrations start with the Victory Day parade on the Red Square where thousands of soldiers and hundreds of military equipment, including military jets take part in. But the Red Square will be off-limits to regular visitors on this day. So you can watch the Victory Day parade only over TV. But lots of other events will take place in the center of Moscow on this day where everyone can take part in. One of the most popular events on the Victory Day is the «Immortal Regiment». Thousands relatives of the heroes of the Great Patriotic War walk along main Moscow streets with portraits of their grandfathers and great-grandfathers. At the end balloons soar into the sky and a big concert begins. And at 22.00 traditional fireworks start. Among the best places to view fireworks will be bridges across the Moscow River, observation platform on Sparrow Hills, Victory Park and VDNH park. 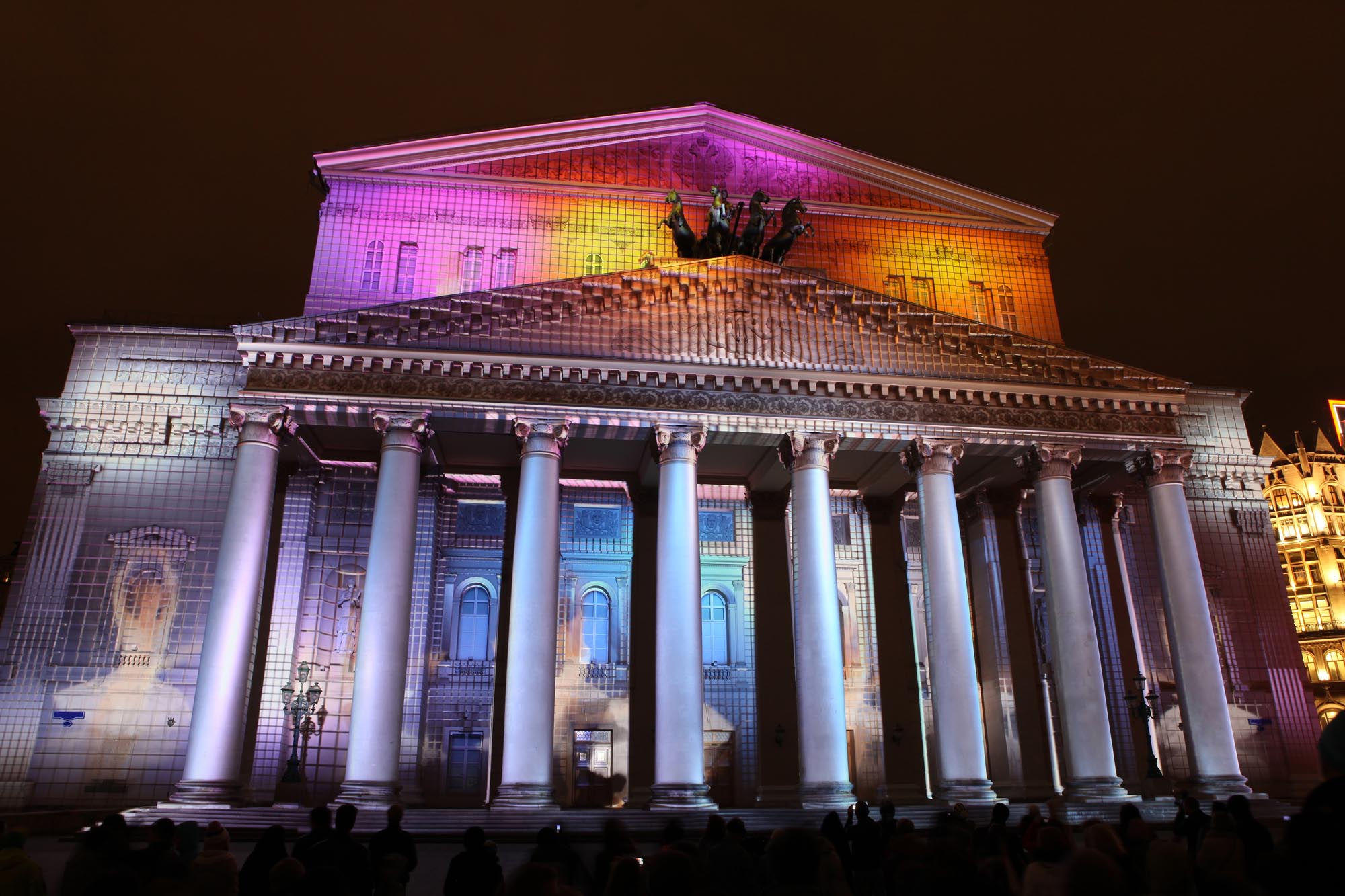 The Circle of Light Festival

The Circle of Light Festival established in 2011 is international forum of architectural lighting designers and specialists in 2D and 3D computer graphics specialists using the architectural space of Moscow as an object for their multimedia and light installations. The festival takes place every year in second part of September. During the Festival the ART VISION projection mapping competition is held. Both professionals and beginners from all corners of the world can take part in the competition. Traditionally during the Circle of Light Festival major foreign and Russian specialists working with light hold educational programme with master classes where everybody can get acquainted with the modern technologies of light art. Admission for spectators to all grounds of the festival is free. Usually projection mapping is created at the Moscow State University main building at the Vorobyovy (Sparrow) Hills, VDNKh, the Ostankino Tower, the Bolshoi Theater, the Krylatskoye Rowing Canal. Entrance to the stands near the Moscow University and on the Krylatskoye Rowing Canal is by invitation only. We recommend spectators of installations on the Moscow University and on the Krylatskoye Rowing Canal to come in advance (preferably 2 hours prior to beginning of performance) to take control and to occupy the suitable seats. 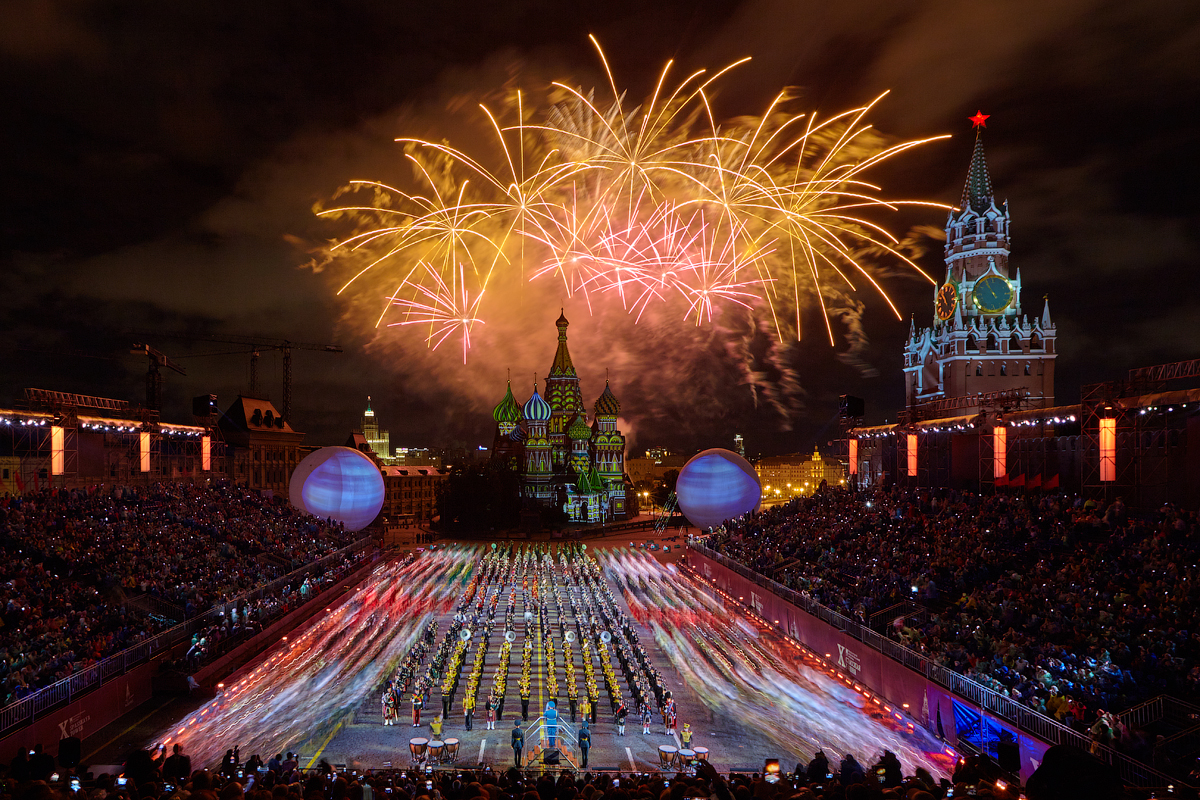 International military music the Spasskaya Tower Festival named after the Spasskaya Tower of the Moscow Kremlin at the Red Square is traditionally held in Moscow during the City Day celebrations (the first or the second Saturday of September). Russian and foreign military bands, folk groups, and heads of state guard of honour units take part in this colourful festival of military tattoo. Traditionally the festival is ended with picturesque gala performance at the Red Square. 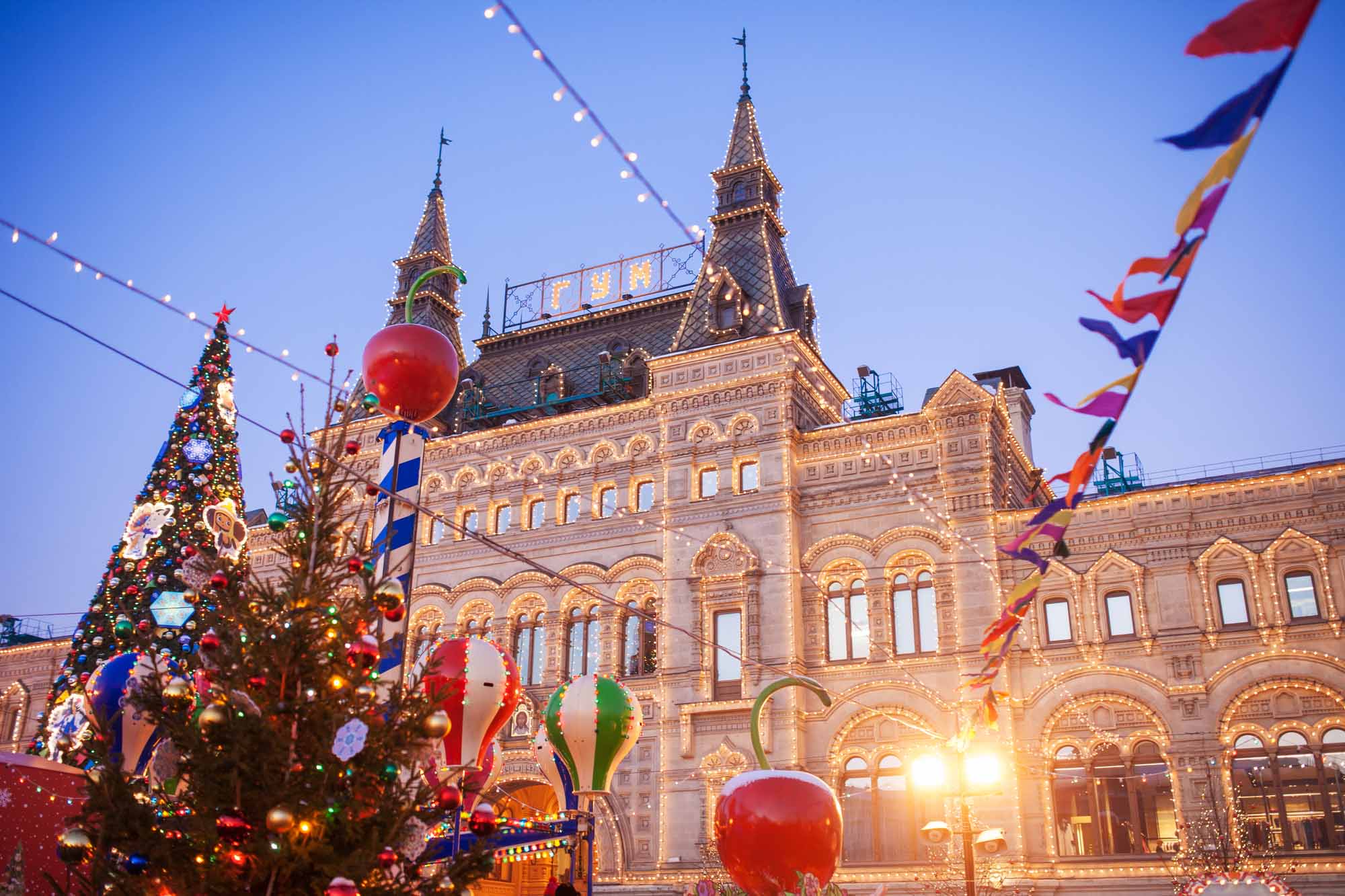 This winter festival usually starts by the middle of December and lasts one month. It is one of the most picturesque festivals in Moscow. The streets and squares of Moscow are beautifully decorated and illuminated, ice rinks and slides are set in the city as well as Christmas fairs where you can buy souvenirs and taste delicious Christmas treats. The biggest and most beautiful Christmas fair is held at the Red Square. But throughout the city there are other Christmas venues offering unique art objects, exciting street shows and concerts, contests and master classes. The festival became very popular and attracts annually many tourists to Moscow. Souvenirs.