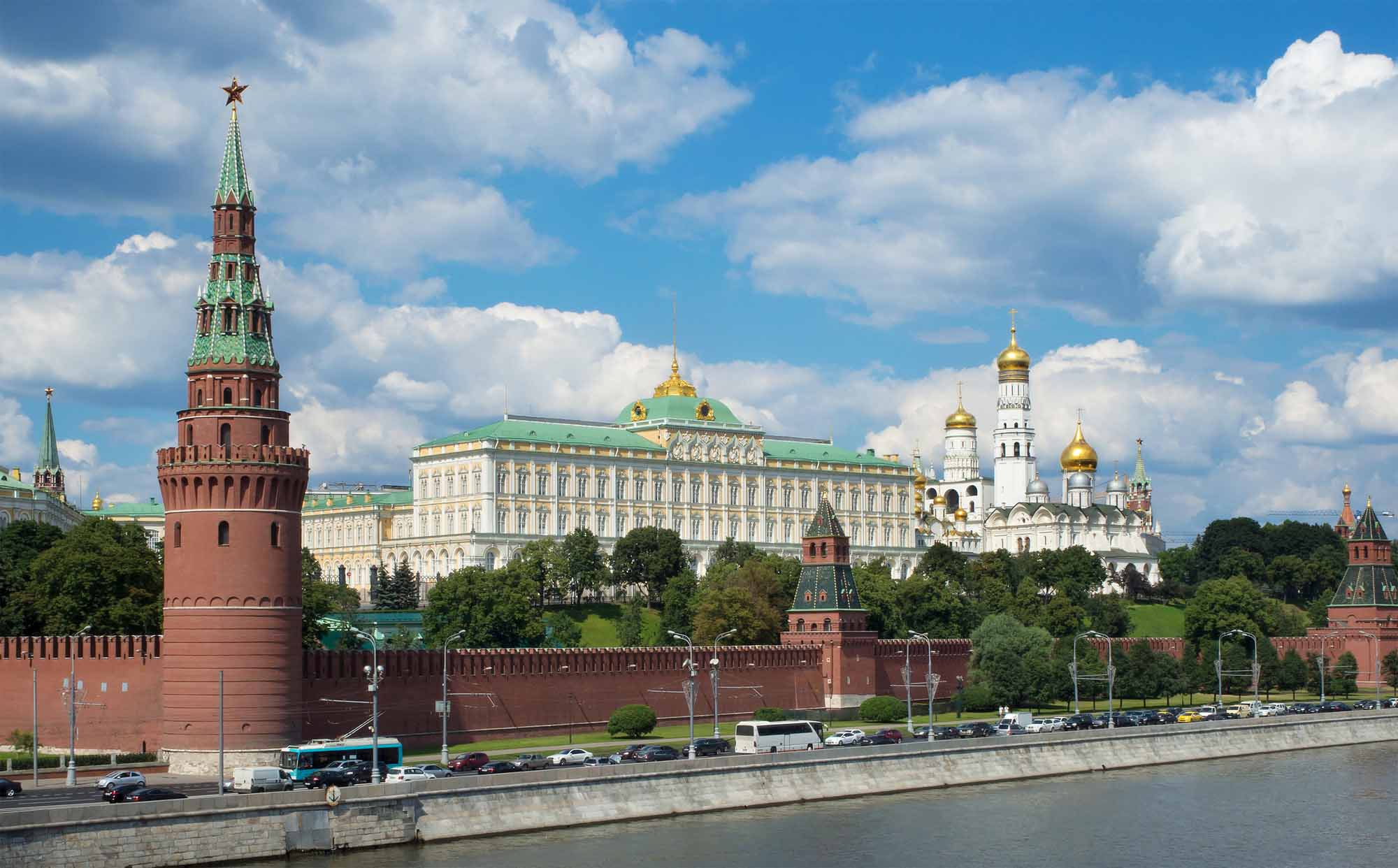 Moscow is the capital of Russia, its largest cultural and scientific center. More than 12,3 mln. people live in Moscow. It is one of the most populated cities in Europe. Moscow is located in center of the European part of Russia in zone of moderately continental climate. The winter is more cold and the summer is more hot than in cities of the West and Central Europe (average temperature of January is -10°C, average temperature of July is +20°C) and cold period is longer than there (usually it continues from late September till early May, but you can experience cold weather visiting Moscow in mid-September too).
The reference to Moscow is first registered in old manuscripts of 1147. Here, at the crossroads of ancient water and land trade routes, in the Middle Ages the modern Russian state and its economic basis was formed around Moscow after disintegration of the Kievan Rus, Tatar-Mongol invasion and including of southern and western parts of the Kievan Rus into the Grand Duchy of Lithuania. In late XIV-XV cc. Grand Duchy of Moscow was the main center of the resistance to the Tatar-Mongol Yoke. Moscow was a capital of Grand Duchy of Moscow, Tsardom of Russia, Russian Empire, Soviet Russia and the USSR. 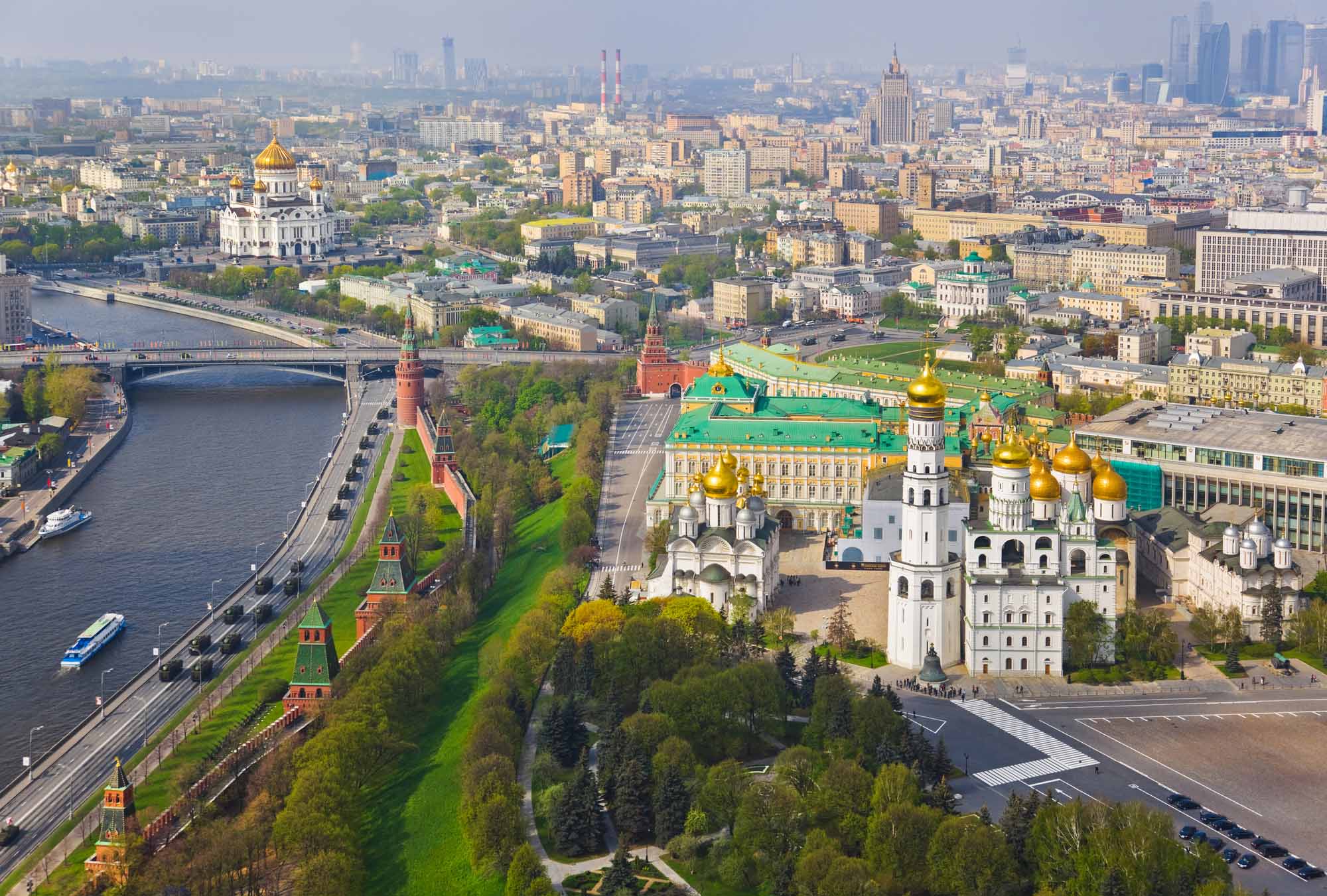 In early XVII c. during the Time of Troubles Moscow was occupied by army of the Polish–Lithuanian Commonwealth. In 1612 headed by Kozma Minin and Dmitry Pozharsky Second Home Guard liberated Moscow and the first tsar of new dynasty Mikhail Romanov was elected soon (1613). In period of great reforms of Peter I the capital was transferred from Moscow to St. Petersburg. In 1755 the first in Russia Moscow University was opened. During the French invasion (1812) the largest battle of the campaign (famous Battle of Borodino) took place in August not far from Moscow. As the result of this battle considered one of the most bloody in history of wars Moscow was left to Napoleon’s troops but soon the Great Army had to leave Moscow because of fires and lack of provisions. During the general reconstruction of the city after the fire a lot of famous buildings and places was founded: the Alexander Gardens (the first urban park in Moscow), the Theater Square with famous the Bolshoi and the Maly Theaters, the Manege, buildings of the Moscow University. By the late XIX c. Moscow began to lose atmosphere of aristocratic town. It became the second (after St. Petersburg) industrial center of Russia. A lot of the Modern Style revenue houses, banks, business centers, offices in the city center and also numerous plants and factories at its outskirts were built in late XIX – early XX cc. 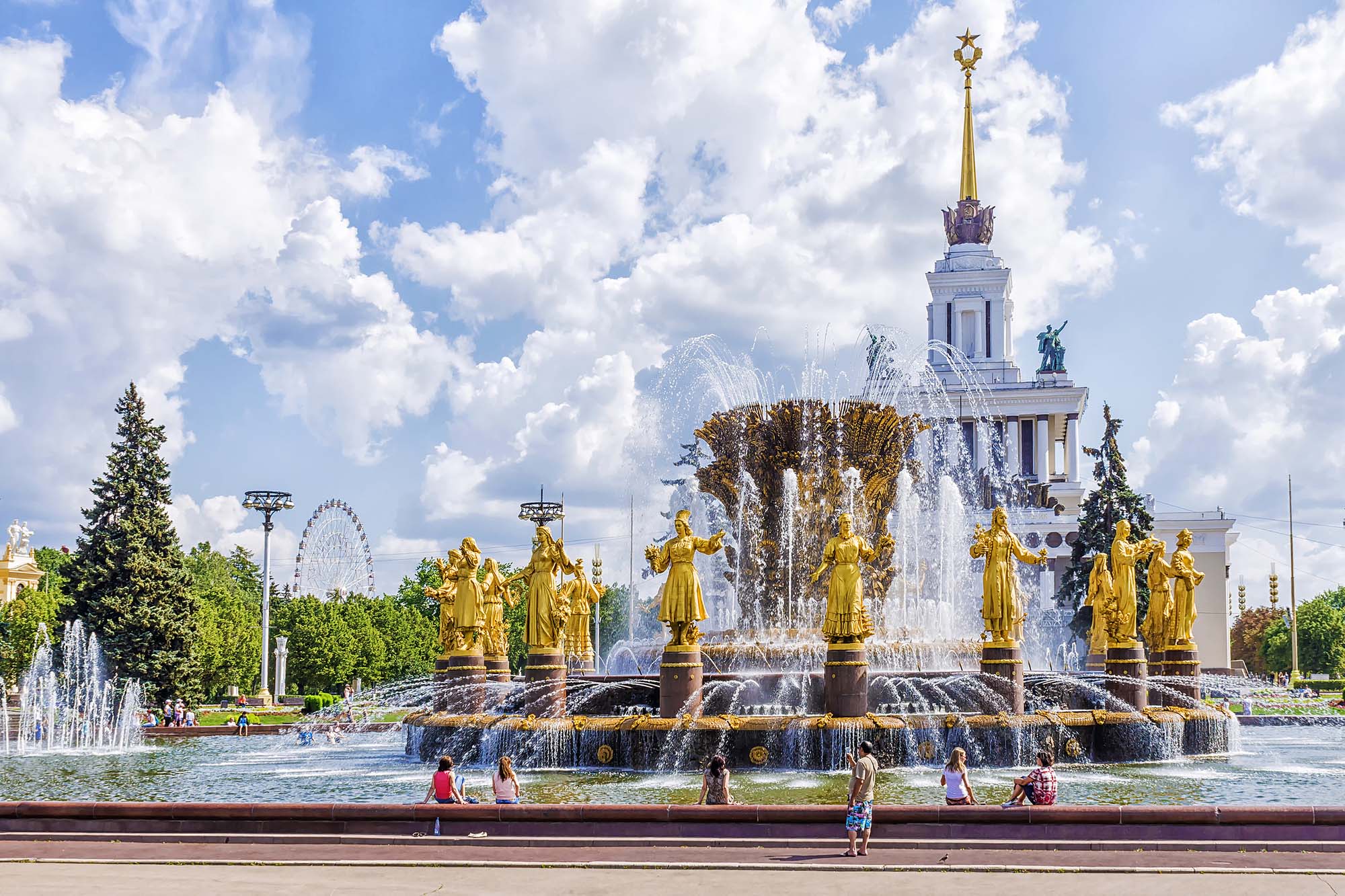 In early XX c. Moscow became one of the main centers of three Russian revolutions (1905-1907, February 1917, October 1917). In December 1905 and in October 1917 Moscow was the scene of fierce street fightings. Bolshevik’s Red Guard fired at Kremlin where anti-Bolshevik forces settled in October 1917. After the Great October revolution the Bolshevik’s government headed by Vladimir Lenin fearing the capture of St. Petersburg by the German troops moved capital to Moscow again (March 1918). Soon Moscow became a capital of the USSR announced in 1922. During grandiose Stalinist reconstruction of Moscow (1930s-1940s) city became a showcase of Communist ideals and the socialist way of life. A considerable part of the architectural heritage was destroyed, but the city received new wide highways and was connected by the Moscow Canal with the Volga River. The Crimean Bridge, the Gorky Park, VDNKh, House at the Mokhovaya Street (USA Embassy was located there in 1934-1953), Lenin State Library, the State Planning Committee, the Moskva Hotel, House on the Embankment, Worker and Kolkhoz Woman sculptural monument and unique metro system built in this period became symbols of Soviet epoch. 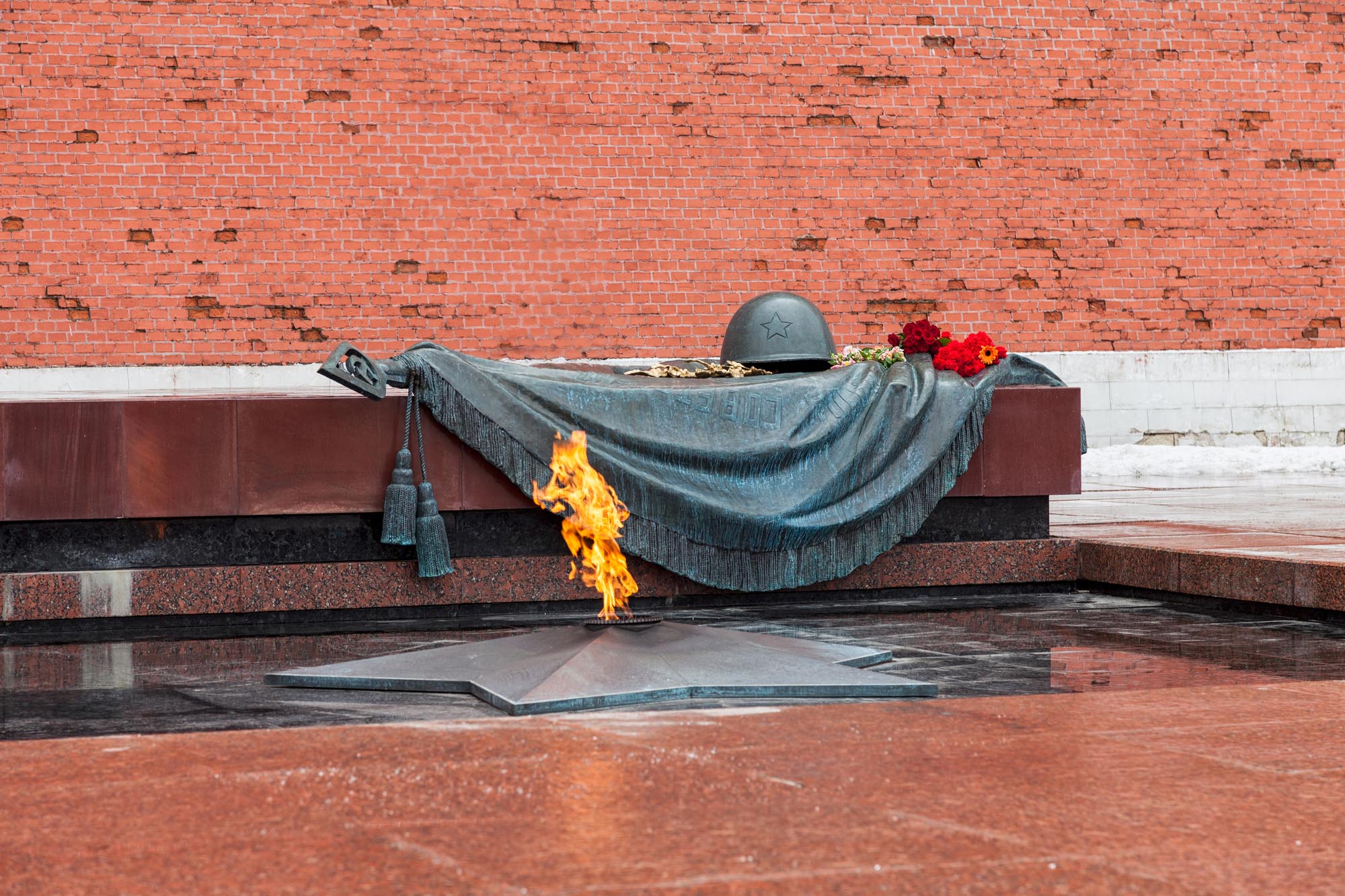 In October 1941 German troops were within easy reach from Moscow. Actual panic was in Moscow during three days after adoption of decree about evacuation of the capital. The Soviet government, diplomatic representations of foreign states, the Bolshoi Theater, the Mosfilm studio and many other organizations were moved into Samara, but Josef Stalin, Lavrentiy Beria, Anastas Mikoyan, Alexei Kosygin and their machinery stayed in Moscow. During the grandiose Battle of Moscow (September 1941 – March 1942) German army suffered the first serious defeat during WW II and was repulsed from the capital of the USSR.
Active construction of living blocks was initiated by Nikita Khrushchev in 1960s. These new dwelling (so called Khrushchyovka) were constructed very quickly and were quite far from generally accepted standards of comfort but many families moved from extremely overcrowded multi-family apartments arranged at former revenue houses in 1920s where often family of more than 5 persons lived in one small room to individual apartments.

After the crash of Soviet regime (August 1991) new grandiose reconstruction of Moscow was undertaken by new rulers of Russia. Restoration of the Cathedral of Christ the Savior blown up by Bolsheviks in 1930s became a symbol of new Russia. Numerous modern office and dwelling buildings, hotels and hostels, business centers and highways (among them is the Third Ring Road built in 2004 with its Lefortovo Tunnel which is the third longest urban tunnel in Europe after the Södra länken in Stockholm and the Dublin Port Tunnel), the Moscow Central Circle (urban railway orbital line connected with Moscow metro system) were built in 1990s-2010s.
Huge commercial district of the Moscow City consisting of several sky-scraper towers was built in the west part of city center. Comprehensive upgrade of old streets (among them are Pyatnitskaya, Bolshaya Ordynka, Tverskaya, New Arbat, Bolshaya Nikitskaya, Pokrovka, Maroseika) and embankments was arranged. As the result city received spacious and comfortable pedestrian zones. Little by little Moscow is becoming a city that is friendly for its own inhabitants and numerous visitors. The most popular Moscow places of interest such as Moscow Kremlin, Red Square, Tretyakov Art Gallery, Pushkin Fine Arts Museum and others attract every year many tourists from all corners of the world.